Keeping them safe on campus 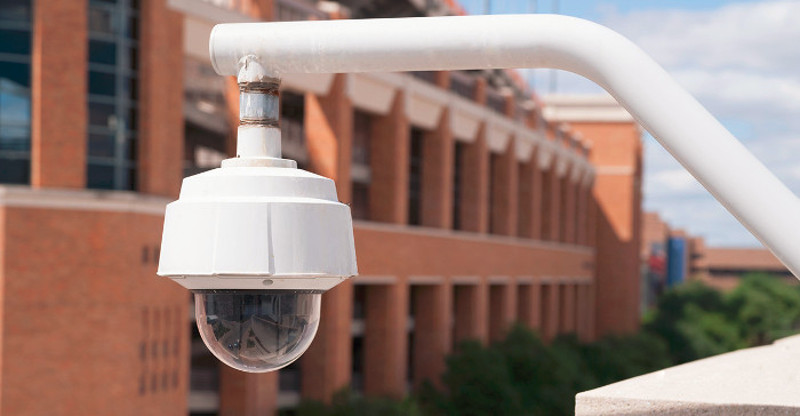 Surveillance is used to monitor outdoor as well as indoor areas in real-time, but also to review events that have already happened in the past. When you are dealing with a large campus such as a university, hospital or even an office park, it is extremely tough to keep an eye on students, staff, patients or visitors. No single solution can meet all security needs, you would need a layered security approach. Here are a few tips on how to strengthen your overall security on and off-campus:

1. Surveillance as a deterrent

It is a good idea to hang as many signs in and around campus as possible, displaying that the area is under surveillance. Even just the signs will make criminals weary as they may think there are hidden cameras in the area.

2. Surveillance to keep an eye on things

Surveillance covering a large area and a lot of buildings is a must in order to keep everyone safe. As we all know, crime and petty theft are major issues in our country. There have been so many cases where students and staff have had their bags, laptops and cell phones stolen and no one saw a thing. The idea behind surveillance is that it will see what we do not. Always opt for the best quality High Definition (HD) cameras in high traffic areas. Infra-red cameras are able to identify objects and people in dark or badly lit areas.

Camera footage is often used by the police and other authorities as evidence in court cases. These cases can range from murder to acts of assault and traffic accidents. Both visual and audio material can play a very important role when identifying criminals, objects and method in which the crime took place. Just think about the advantages of having camera footage of acts of vandalism when claiming from the insurance. However, all surveillance footage should be back-upped and stored at a safe off-site facility.

BT-SA offers some of the most state of the art surveillance systems available on the market today. Whether it’s a home, building, school, campus or hospital, BT-SA has the solution for you.

Benefit of Using Alternative Power Solutions
26 Feb 2018
Benefits of intruder detection systems
23 Nov 2017
BT-SA Assists Global Social Media Giant with Infrastructure Build for SA Office
5 May 2017
Menu
This website uses cookies to improve your experience. If you continue to use this site, you agree with it.
OK