The total cost of ownership can hurt your security budget 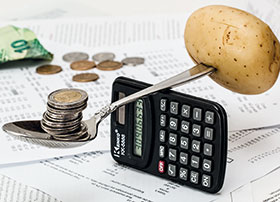 Total cost of ownership (TCO) became famous as a concept in the last century when Gartner made it a household name in the IT industry. TCO is basically a financial estimate that allows buyers to determine the full cost of a product or service over its expected lifespan.

In the security industry, the cost of a surveillance camera, as a simple example, would include the purchase price, the cost of maintenance over its lifespan, and could even include the cost of bandwidth required to transfer images to a central server, the partial cost of the operators monitoring the camera and so on.

Of course, in an estate environment, nothing will be as simple as that since you have multiple cameras, access control systems, electric fences, significant network installations, control rooms and their equipment and people, as well as guards and their equipment to consider. And that’s just a starting point.

Unfortunately, most people see the initial cost of the hardware and software as the cost of the solution, ignoring maintenance and upgrades, breakages and other aspects that are a normal part of any security, and in fact, any electronic system. Getting a good idea of what the full TCO of the system is over its lifespan – say five years, although this changes depending on what products you choose – is important because you need to budget for all the ‘small things’ you will need to pay for over that lifespan.

Budget too little and you will have a choice of either asking for more money, which is never a pleasant option; making sacrifices in terms of postponing the purchase of new and improved solutions because you’re spending more on maintenance; or cutting down on maintenance (or using a cheaper service provider) in order to afford new equipment – a choice that can have significant consequences on the effectiveness of your security as a whole.

Given the importance of a reliable TCO estimate at the start of a project, Hi-Tech Security Solutions asked a few experts for some insight into what exactly goes into a TCO calculation for a new installation or a significant upgrade.

Brian Sharkey from Security Management Consultants (SMC), says there is no perfect formula. “We have found that each project and every client (homeowners association and body corporate) have different needs. Dependent on those needs, we can estimate the TCO over a number of years.”

He adds that issues such as maintenance costs are vital in the calculation, and not just the initial costs. “We firmly believe that you can spend millions of Rand on upgrades and new installations, but if you don’t include a detailed maintenance plan, you could be wasting your money. Another important component in calculating the TCO is to provide for ‘unforeseen circumstances’. Mother Nature, for example, can be an unforeseen circumstance through direct lightning strikes despite installing adequate lightning protection, as can floods which have been known to break 50 and 100 year flood lines.”

SMC also always advises clients to build in a reserve for when insurance doesn’t cover the full expense of repairs or replacements.

The immediate cost of the system and availability of funds are always the driving factor, he says, with TCO only becoming a factor when the costs of different options are similar. The TCO, therefore, is only quoted at a very high level with the following items typically focused on:

1. Period of warranty offered by the supplier when the equipment becomes faulty.

2. The operational life expectancy of equipment before it is due for replacement.

3. Maintenance time and cost required on equipment to keep it at its operational best.

“We find that TCO is therefore limited to the yearly maintenance required to keep the system operational.”

“For a new installation, all elements need to be taken into consideration,” says Sasha Bonheim from Axis Communications, focusing on the surveillance aspect of TCO. “This is a somewhat challenging task. For example, looking at the infrastructure; is there power on the perimeter fence or does one have to install solar panels? Then you look at the distance the perimeter covers and calculate how many cameras you would need.

“From there you can start to assess your costs for network, storage, cabling and accessories. These are all physical costs. From there we turn to maintenance, staff, training etc. Using a TCO model can help capture all the costs associated with a video surveillance system over its complete lifecycle.”

Pieter van Wyk, Senior Manager: Fire and Security, BT-SA, notes, “When I do costing on a design for a new installation or an upgrade on a complex or estate, I look at the environment and outside conditions.

“For example, if I do a design on a solar-powered system, which is the new-age or greenway, I would do a special costing or maintenance and SLA proposal to accommodate, for instance, the battery life of your solar system. The fact is, batteries never last long in our harsh temperature conditions in South Africa. The ideal temperature for a battery is in a dry temperature controlled environment consistently on 20 to 22 degrees Celsius.”

When looking at a security operation, we often focus on the impressive technology like surveillance cameras but forget about everything else required to make the cameras worthwhile. We asked what percentage of a project (roughly) is spent on cameras and what is spent on infrastructure (networking, storage, servers, software and so on)?

Surprisingly, while cameras may be the coolest toys to play with, they do not make up the largest cost in a project. Bonheim says that they can account for roughly 16% of the total cost. “If we break it down, we can see the largest costs have to do with maintenance, coming in at around 19%.”

She adds: “Every project has a unique cost distribution and it is up to each project team to determine which cost factors to take into account and how to judge the monetary aspect of each factor.” (See the cost breakdown in Figure 1.)

Sharkey agrees, noting, “We have been fortunate to have been involved in some very large and some very small upgrade projects on CCTV, and often the ‘back-of-house’ equipment, such as networking, servers etc. are not considered at the outset. Clients are often not fully aware of the advances in technology that are available, and it is critical to explain what the advantages are in planning for future growth in the system. Often the infrastructure costs can be greater than the actual cameras.”

Jurgens states that the answer is not straightforward and there are many factors that influence the spend on CCTV cameras compared to their supporting equipment. These are typically:

1. Layout requirements of perimeter CCTV where the perimeter is influenced by geographical limits, like rivers or hills or by municipal zoning that are quite often not straight in nature.

2. Ease of routing of cable compared to wireless costs.

“To look at the typical percentage spent on cameras compared to the supporting infrastructure, I had a look at our last 10 quotes for CCTV equipment with an ex-VAT cost of more than R2 million. These projects also required that the CCTV equipment was hard-wired with no wireless connectivity.”

Figure 2 reflects the percentage of the camera cost compared to the overall cost of the installation. Jurgens advises that the average of the cost spent on cameras only was 52%, but as mentioned, this depends on various factors.“Additionally, the brand of camera quoted for also has a huge impact. As an example, a quote recently supplied for R4 million worth of CCTV equipment, the camera contribution to the total overall cost was 69% for brand A compared to 51% of brand B, with the latter using six more cameras than brand A.”

Access control for your business
7 Feb 2018
Access Control Systems: Five Key Planning Steps
6 Aug 2018
Securing the Network as well as the Building – CommScope
11 Jul 2019
Menu
This website uses cookies to improve your experience. If you continue to use this site, you agree with it.
OK