How moving to a modular UPS can improve energy efficiency 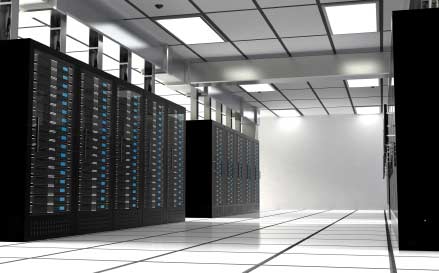 Cooling technologies and techniques have developed considerably in recent years and helped to greatly improve efficiency and cut waste. This is just as well considering air conditioning can account for between a third and a half of a data centre’s total energy consumption.

These enhancements on their own aren’t enough though. The good news is that another core element of a data centre’s infrastructure provides a similar scope for improvement.

In theory, operating modular systems in ‘Eco mode’ can even push their efficiency to 99%

An uninterruptible power supply (UPS) is an essential part of any data centre design, providing pivotal power protection and acting as a reliable back-up if and when disaster strikes. But just as servers consume power, generate heat, and require constant cooling to operate safely, so too do UPS units.

Whereas in the past this has derailed many data centre drives for efficiency, meaningful technological advances have been made in this area too, namely the rise of modular UPS systems.

Previously, UPS units most commonly found in data centres had been large, standalone towers using older technology that could only achieve optimised efficiency when carrying heavy loads of 80-90%. Such fixed-capacity units often tended to be oversized during initial installation to provide the necessary redundancy, meaning they regularly ran inefficiently at lower loads, wasting huge amounts of energy. These sizeable towers also pumped out plenty of heat so needed lots of cooling.

Fortunately, every UPS has a lifespan, with industry best-practice recommending that a system is replaced every 7-10 years. So many of the units installed during the boom years of data centre growth will shortly be ripe for renewal at just the time when modern, modular versions are available that promise enhanced efficiency, simple scalability, and improved interconnectivity with ‘smart’ grids and systems.

Instead of one large, inefficient standalone tower, a modular system comprises several smaller rack-mount style units, which are paralleled together to provide the necessary power and redundancy. Capacity is closely matched to your data centre’s exact load requirements and can be easily scaled up as and when the time comes for expansion – additional modules can simply be added in on a “pay as you grow” basis.

A modular UPS is transformerless, which in itself offers up to a 5% boost in efficiency. But where it really comes into its own is the fact it runs at around 96% efficiency across load profiles as low as 25%, something far beyond the capabilities of inefficient static, transformer-based versions. In theory, operating modular systems in ‘Eco mode’ can even push their efficiency to 99%, although this performance boost does need to be balanced against the risk of exposing your critical load to fluctuations in the mains supply.

Modular units are significantly smaller, lighter, and generate less heat so don’t require as much air conditioning. They also take up less space, while they are easier to maintain too. Modules are ‘hot-swappable’ so if any ever fail they can be replaced without your power protection system having to go offline.

Such systems are also easy to integrate with the Energy Management Systems (EMS) or Data Centre Infrastructure Management (DCIM) software helping to drive forward datacentre automation. These ‘smart’ UPS units are constantly collecting and processing operational data, which can be used to optimise performance and identify areas for future improvement, meaning the pursuit of maximum efficiency becomes an ongoing process.

By providing higher power density in a smaller footprint at enhanced efficiency, the move to modular UPS equips data centres to “do more with less”. And in an era where keeping up with society’s increasing demand for data cannot be met by overloading an already-stretched National Grid, that ability will prove invaluable. The fact it can do this while also reducing energy costs and cutting carbon emissions is a welcome added bonus.

4 Steps To Successful Generator Specification
17 Nov 2017
5 Factors that will Shorten the Life of Your UPS Battery
2 Jul 2019
Benefit of Using Alternative Power Solutions
26 Feb 2018
Menu
This website uses cookies to improve your experience. If you continue to use this site, you agree with it.
OK